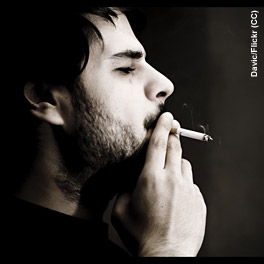 Smoke a Cigarette, Lose Your Job

I think this story aired first either on Marketplace or on NPR’s All Things Considered (I’m not sure which). In any case, this is the version that was rebroadcast on VOA’s News Now in Feb. 1999. The audio and the host’s style are seriously old-school.

SEATTLE — The state of Washington is considering passing a regulation that would forbid state agencies from hiring smokers. Despite equal employment issues, some companies already have such regulations in place — Alaska Airlines says it’s good for business, but others see it as an infringement on personal freedom.